Apparently Fuschia Dunlop is a thing. Well, really she’s a person, but apparently she’s someone that I–someone obsessed with food and now a food magazine reporter (Did I not write that blog yet?)–should recognize in some capacity. Well, when I found her book on the shelf in the library, it was just because I was looking for books on Chinese food in order to report to my travel partners. (I’m going to China in a couple weeks.) This one looked both authentic and entertaining.

So Dunlop is a British woman who left the BBC at a young age and ended up in backwater Sichuan studying Chinese politics at a university with a handful of international students (who also doubled as local celebrities). Her political studies were fairly quickly usurped by her culinary studies, and she finished up her years in Chengdu with becoming the first foreigner to ever study at the culinary school. Over the next several years, she would write the English language book on Sichuan cooking, travel back to China many times, and become an authority on China and Chinese food.

Shark’s Fin and Sichuan Pepper is Dunlop’s Chinese-food-crazed memoir. Dunlop is pretty good as a writer, though where she shines, I think, is in her adventurousness, her boldness, her single-minded drive to get to the bottom of Chinese cooking, her curiosity, and her–she might not like me using this word, but–diplomacy. She is open-minded, in touch with herself, and worldly, at least in her thinking. I super-duper appreciated the tour she was able to take me on, of China, through time and through various areas. While reading about food, I was given a much better understanding of the politics and history of China, as well as its culture. And I wasn’t bored to death while doing it. And now I know that I’m coming home with a cleaver as a souvenir.

The book is a little choppy, and I found my attention wandering from the pages lots of times. While it follows her journeys around China chronologically, the thing that’s missing is a sense of suspense, or a “What’s next?” Nothing builds, to take us from page to page and chapter to chapter. Her sections breaks can feel like whiplash. Still, I kept reading because I did want to know more, and I was enjoying balking at this spunky Brit, saying to myself, “Yeah, no way I’m going to do that.” I just let her tell me about it. (Although I did put a sichuan pepper in my mouth and chew on it the other day. The result was just as she described.)

Also felt like pictures were missing. I kept wanting to see some photos. Recipes were a nice touch, though, even if some of them were just for fun.

If you have an interest in food or in China, this is one that you are going to want to read. It’s an easy read, and you’ll walk away much more knowledgeable than you arrived. If you are looking for a cookbook, accessible to the Western world, for Chinese cooking, her cookbooks (below) are the way to go.

(Note: Shark’s Fin was published ten years ago, and as is made evident in the book, China is changing tremendously fast. I’m sure an updated version would have much to say on the past ten years, but it is what it is. For a more recent look at China, you will have to turn elsewhere, but this gets us pretty close.) 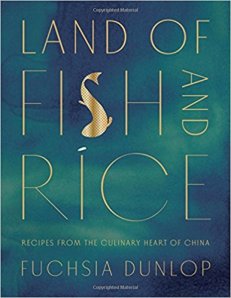 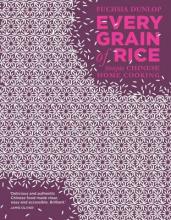