This article was written for and originally sold to Taylor Magazine. It also appeared in part on the website of Freedom Firm.

Driving from Coimbatore to Ooty on Diwali, the streets were crammed with motorbikes stacked front to back with families, the most brightly festooned passenger side-saddling, a rear view ornament of humanity and fabrics of startling beauty and a trailing dark braid woven with cream-colored flowers. We slid past mile after mile of palm tree farms, buildings crumbling away at the foundation, roadsides dotted with picnickers and monkeys among the coffee trees. We climbed, clinging to the sides of mountains and switching back and forth on hairpin turns for hours, the clouds enveloping the mountains stepped with tea fields and dotted with gnarled poinsettias trees. 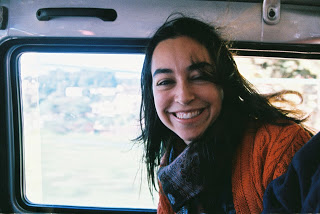 I was on assignment in Ooty—a conservative, mountain town in Tamil Nadu, the southern-most state of India—sent by my church to help Freedom Firm’s jewelry-making venture with preparing for their internet launch and increased sales to America. Freedom Firm is a Christian organization dedicated to the liberation and rehabilitation of children enslaved in commercial sexual exploitation, and is also committed to justice on their behalf. As part of their rehabilitation process, they provide 18 months of education, training, and on-site work. After, the rescued women can continue to work for Ruhammah or move on elsewhere. Two of the current workers are single moms who have graduated Freedom Firm’s rehabilitation and live together in town. They work at Ruhammah making bracelets, cards, necklaces and earrings, receiving continued education in the morning hours and taking chai twice a day in the little compound building which sits in the undulating brush and looks out over the lush valleys, rusty gashes of earth, solitary women bent over crops of exportable thyme, and wandering, white cows.

Jayson Palm (’00) and his wife, Tarrah, moved their Minnesotan brood of six to Ooty in January 2009, when Jayson took the job as Director of Operations for Freedom Firm. He wears many hats and his duties include staffing, finance, overseeing major projects, and working as a member of the leadership team. Tarrah is the Volunteer Coordinator and screens volunteers, preps them, and oversees their India-side care. During my own preparations back in the states, my team leader started our first meeting with a reference to an email and our facilitator, a “Tarrah.” I rudely interrupted her. Was this Jayson’s Tarrah? Palm? Worlds collide.

Jayson and I were good friends in college. We road-tripped the east coast, studied in Jerusalem, traced the Nile, hiked the Golan Heights, and when it came time to photograph his Bmidji wedding, I was there.  Now I was piled into the back of his stripped-out Suzuki van (“with the motor of a lawn mower” Tarrah informs me and later proves it with an ill-fated ascent up the mountainside). The chilly mountain air and filtered, misty sunshine flood in the windows as we bounce along, dropping into chasmic potholes and jerk bilaterally around oncoming vehicles. Jayson is at the helm. India recedes behind us: women sweeping their stoops, a horse standing unmotivated in the road, newspapers for sale. Honking.

During my orientation in Ooty, a Freedom Firm worker told us stories of some of the women we would be working with at Ruhamah. Filling their stories was rejection, family abuse, miscarriages and broken marriages, separation from children, deceit, drugs, lack of basic education, poverty, hunger; and that before they arrived at the brothel, several at the tender age of eleven or twelve. At the genesis of my own awareness of the modern slave trade, I told my husband one night: if I spent the rest of my life working to liberate slaves and in the end had helped only one, it would be worth it. To her. And here were the people tackling it. And here were Jayson and Tarrah. And here was I, for but a moment in time.

The Ruhamah shop buzzes with work and smells of clean-swept cement, glue, and worn wood counters sticky with hundreds of days of chai. The ladies’ school desks are in shady darkness in the back room all afternoon, lined in a row and facing a black board. Susan (name changed to protect her identity, although many of the girls change their names after baptism, sometimes to Western names, to signify a new beginning for themselves) has recently been working on aari bracelets and one of my jobs is to sync American ideas of a cool, Indian look with what Susan can actually make happen. I start with sketching leaves, flowers, swirls, and bold, lively colors. And when I am walking around the shop looking through towers of jarred beads and sequins and boxes of thread and then consulting Susan, I have to go back to the drawing board again and again. These beads are too big. Seriously? They look the same to me. This thread is not the right kind. Isn’t that the spool I just brought over? I can’t fit three beads in the hole. Alrighty then. Two-bead petals it is. I learn a lot, not just about aari, but about troubleshooting, patience, and flexibility. A coral background becomes salmon. A translucent ruby petal becomes shiny eggplant.

When we finish up our work at the end of a day, Susan and I are still working, waving our hands at each other and speaking broken English (both of us by now) and occasionally looking exasperated and begging translation from our one Hindi-English-speaking teammate. The sun sinks, burdening the Western sky and signaling us to shut down shop. I gather my things plus a pencil that I perpetually forget is in my hair, wind my scarf around my neck. We end the day quietly, but with sudden bursts of conversation, bears emerging from a hibernation of purpose. We stand around waiting with our backs to the stone stairs up to the road, the other Smyrna buildings, and the end of the world breaking out over the tea fields, the steppes, the mist of Ooty under the last, strong brilliance of day.

At dinner one night, at a palace/hotel, a crew is setting up to film a movie in what might have been a ballroom in its day. It is late, and we are nearly alone in the restaurant, which is tucked away at the back, and chilly. I excuse myself from the table and walk through the supposed ball room, which looks like a Bollywood film, but expanded so you can see the cameras and the lights on poles and the wires. I can see the ghosts of tomorrow, dancing and singing, sashaying their hips and flitting their pretty fingers like birds on strings. I rub my eyes as I look into a mirror over a mantle. My pores smell of masala. I am tired. This is hard. This is an uphill climb. This is a slow breaking of the heart, a painful putting of the pieces back together. This is tragedy. This is redemption.

I wake nightly to feel the cold guest house, the ticks and creaks in the silence, remember the first night when the wind rushed the tree tops like a waterfall in the dark and I thought Ooty must always be loud and mysterious at night. I fumble for my glasses in the black of the room, shiver slippered down the hall, bouncing the beam of my flashlight against the bathroom door. I wash up in cold water, return to bed, and feel the weight of nine blankets pressing the cold out of me. During our work, we are reminded by the Freedom Firm employees over and over (as we face the intrinsic difficulties of the work) how far each of the women come, even in a day. Over the length of their stories there are miracles and miracles, proving their stalwart hearts and revealing the gifts they have for the world.