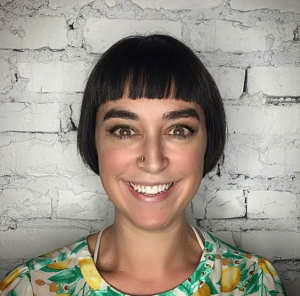 Devon is an award-winning novelist from Durham, North Carolina. She grew up in metro-Detroit in an enormous extended family and was an artist as soon as she could hold a crayon. She put together her first book–with packing tape, cardboard and wrapping paper–in her aunt’s magical bedroom full of bookshelves and a roll-top desk. In fourth grade she won a Young Laureate for the book she wrote about the death of her closest sibling and was pushed further toward her inevitable literary future by an enthusiastic and supportive teacher who let Devon sing her science reports and limerick her way through schooling. In junior high, she lost a Farmers Bureau poetry competition to a little girl who seems like quite a neat lady, now, on Facebook. In college, she rebounded with local awards for her poetry, a stint as editor-in-chief of the literary magazine Parnassus at her alma mater in Indiana, and almost received honors for her philosophy thesis, “The Obligation of Affluence.” She was an assistant editor for The Gale Group before she relocated to Durham and became a mom and a freelance editor/writer/researcher. 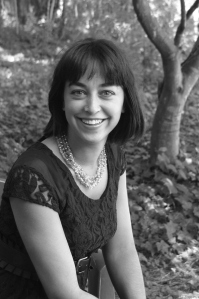 Devon loves writing and hopes to keep bringing you novels, blogs, poems, short stories, and essays until well after she should have retired as anything else. She spends her time now between home-schooling, mothering, wife-ing, singing, reading, painting, running, yoga, hiking, crafting, cooking and enjoying food, homemaking, traveling, and humanitarian and religious work. Except during the spare work hours, when she is a writer.

In 2013, Flaherty published her first novel, Benevolent, which is available widely for purchase on the internet (and at some bookstores and libraries) in paperback and e-book. The book has won recognition with the Paris Book Festival, Hollywood Book Festival, Beach Book Festival, Indie Reader (as an Approved Book), and Reader’s Favorite (Five Star Review). In 2015, she published a fantasy novel, The Night of One Hundred Thieves, which

was nominated for the Manly Wade Wellman Award for speculative fiction in 2016. As a full-time homeschool educator, Devon chips away (on many Wednesday nights at Cocoa Cinnamon and the occasional writing residency) on her next three novels, The Family Elephant’s Jewels, The Journey of Clement Fancywater, and The Touch. There are also several other projects that have been temporarily shelved, including the publication of a book which she illustrated–Poems by Currer, Ellis, and Acton Bell and Other Bronte Poems–which will one day be indie-published by Owl and Zebra Press (the publishing house that Devon began with her aunt in 2013). She maintains her blog, The Starving Artist, at devontrevarrowflaherty.com.

To find out why she is “The Starving Artist,” see the first two blog posts here and especially here. 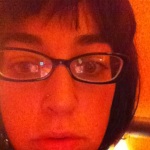 Photos copyright respective publishers (for books and movies), myself, and other internet sources. For copyright information on a particular photo, please contact me.

With my son, I'm reading Adam of the Road by Elizabeth Janet Grey Vining.

Currently reviewing so many books that I can't list them all. The next one is American Gods by Neil Gaiman.

I’m not sick of making dinner, but I am tired of finding lunch for myself every day, especially with limited resources. #pandemicfood
Tried a new thing for quarantine dinner. Bahamian “Ambulance.” Tuna and grits. #bahamiancomfortfood #friendcommendation
Orange oatmeal muffin with cranberries. Oranges were looking squidgy. #breakfastideas
%d bloggers like this: