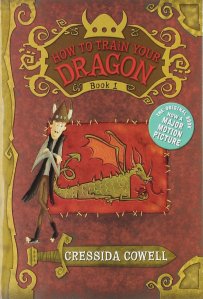 It’s hard for me to believe that I didn’t do this review earlier, though we did finish reading as I was tackling a sizable backlog. Boo! This series deserves better than a months-stale review. But it is what it is, and the least the series deserves is a late review.

Amazon’s blurb for the first book is as follows: “Hiccup Horrendous Haddock III, the quiet and thoughtful son of the Chief of the Hairy Hooligans, tries to pass the important initiation test of his Viking clan by catching and training a dragon. Can Hiccup do it without being torn limb from limb? Join the adventures and misadventures as he finds a new way to train dragons…and becomes a hero.”

I think we ended up reading book number one of this fairly hefty twelve-volume series because it was on a fourth grade reading list. Little did I know that book one would not be enough for us, and that we would end up buying Eamon the entire box set and giving months of our bedtime reading to enjoying this together. I suppose that I expected something akin to the How to Train Your Dragon movies and maybe even the TV series, and I imagine I thought that the books were not going to be as good. And why were there twelve, anyhow? The movie is just one fairly simple story.

Well, that’s because the books and the movies are nothing alike.

Honestly, I find myself a little irritated that the movie even goes by the same title as the books. “Inspired by,” (and naming characters after) would be more accurate. Other than the names and a similar world, the books and movie have different moods, feels, language, characters (even though they go by the same names), plot, morals, etc. Not that the movie is bad. It’s a contemporary classic for a reason (Well, the first one, anyways) but I just want to reiterate: they have not much in common. They are both brilliant in their own way.

And the books are completely brilliant. I love them. My son loved them. When painting our eight stairs with book spines, the kids each got to chose one title, and Eamon—instead of Where the Red Fern Grows, Danny the Champion of the World, or Sign of the Beaver—went for How to Train Your Dragon.

Full disclosure: these books are written by the college friend of Lauren Child. When I found this out, I understood part of why I was loving it so much. Both Cressida Cowell and Lauren Child (author of the Charlie and Lola, Ruby Redfort, and Clarice Bean series) have a similar tone and similar voice. They are both funny and wildly imaginative, both like children who have never quiet grown up, like Willy Wonka or, his creator, Roald Dahl.

All that nepotism aside, however, How to Train Your Dragon stands alone based on writing, plot, and characters. The writing is smooth and engaging. The plots keep you reading. And the characters are charming and develop over time. Though not every kid will be in for dragons and Vikings, give it a try anyhow. Your kid may just end up wanting to know what happens to Hiccup, Fishlegs, and Camicazi, wanting to join them for their continually spiraling adventures.

I probably had some complaints about these books while I was reading them (like maybe I didn’t love some of the stylized illustrations (which kids will)), but time has left a pleasantly warm feeling. I would re-read them. I hope my son will, too. 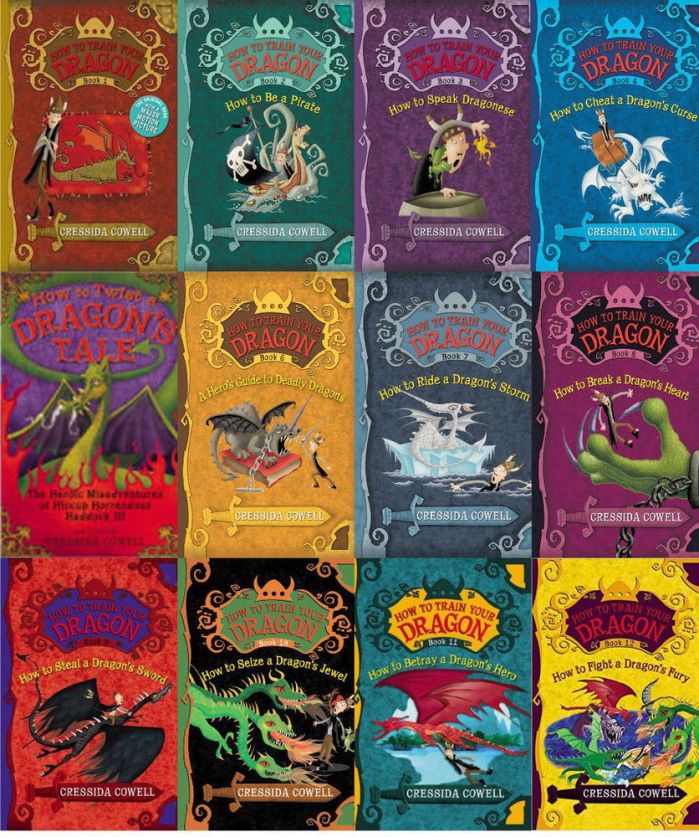 New series, beginning 2017: The Wizards of Once 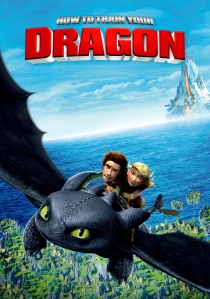 MOVIE: I already mentioned the movie above. I would definitely recommend that you watch the first one, if you have not already. It’s a great movie, though hardly resembles the books. The second movie is okay. Take it or leave it. You won’t regret renting it for family movie night. (The third movie comes out this year.) The TV series, although somewhat popular, is not a favorite of mine. Read the whole book series, watch the first movie, and marvel at how different they are.