My son has been reading The Magic Treehouse series by Mary Pope Osborne for some months, now. He is what is termed a reluctant reader, so we take his reading interest where we can find it, even with comic books or the Jack Stalwart series (see previous review). I’m not super fond of the Magic Treehouse, but my son is determined to read his way through the entire 57 (and counting)-book series, and it has been a favorite with elementary-age kids and new readers for years.

My main issues with the series are the stripped-down nature of the writing and the complete lack of plot. Maybe I should say complete lack of plot sophistication. Even for a new reader, I think that a story with some twists and turns is needed. Even fairy tales involve some complexity. These stories? Let’s just say that Osborne reuses whole phrases and paragraphs at the beginning and end of each and every book because, yes, they all start and end exactly the same. That wouldn’t be so horrible, but the middle part is also shamelessly predictable. Jack and Annie go in the treehouse and through a book to a new place and time (from the dinosaur age to the Revolutionary War). They have to retrieve something determined by the magical Morgan le Fey, and they encounter one or two simply-cast obstacles on the way back to the treehouse. As far as I could pay attention (I often slide out of consciousness), this is all there is to every book. We are on number eleven.

Oh, and I almost forgot to mention: if you think that these books will help your children with grammar, you are sorely mistaken. Osborne is very fond of writing in sentence fragments and of too-short paragraphs, which drives a homeschool mother crazy. I spend half the day reminding my son to capitalize, punctuate, and complete his thoughts, and then hand him a grammatically farcical book before bed? Oi.

And the illustrations. Not a fan. Simply okay, but not great and definitely nothing special. (See what I did with the sentence fragments there?) 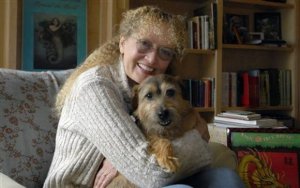 I suppose that one of the up-sides to this series are the information books that you can get to supplement the fiction books. Although not tremendously deep with knowledge, these books seem to be easy to access and interesting for children and would be a great resource for a project or paper. However, my son—and I am sure plenty of other kids—refuses to read the Fact Tracker series in lieu of reading yet another Magic Treehouse adventure. I think he does glean some history and maybe even science from the books, but I’m not sure it’s completely worth it.

At any rate, I’m not going to stop my son, or other children, from devouring these books like I did The Babysitters’ Club. Many children love them, and they have only increased literacy, even for “reluctant readers” (which does make me reluctant to be harsh in my review). But although extremely popular, they are not literary classics, and I would recommend trying Beverly Cleary or E.B. White first to see what happens.

My son has read out to me the first twelve, around-75-page books from Random House. The series is listed here. (Note: The official Magic Treehouse website’s list of books was down, so I looked to fan lists.):

One thought on “Series Review: The Magic Treehouse”

Currently reading How Nonviolence Protects the State, by Peter Gelderloos and My Bright Abyss, by Christopher Wiman. Also, taking a detour for October-January for some holidays-related reading.

With my son, I'm reading Walk Two Moons by Sharon Creech and reading ahead of him: Tristan Strong Punches a Hole in the Sky by Kwame Mbalia.

The next books to review are Little, Big by John Crowley and Oliver Twist by Charles Dickens.