The Night of One Hundred Thieves first draft? Check! Determine if it is a novella or a novel? Plllt.

First things first. What the heck is a novella? 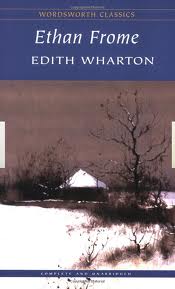 Is it Italian? Does it have a moral or a “satirical bent?” Is it produced in parts? The answer to all of these internet jabs at the definition of the novella is, sadly, no (at least, not anymore). But the posturing highlights an issue: very few people seem to know or be able to articulate just what the difference between a novel and a novella is. I can tell you what these people can do: tell you, with their noses in the air, that it is not a length thing. Or, with their noses to the grindstone, it is a length thing. Oh my!

We haven’t gotten anywhere, have we?

Here are some of our options. 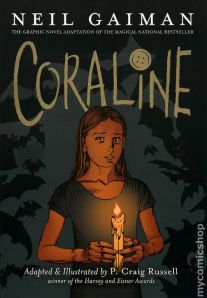 First, that the differences in the forms is, firstly, a matter of length. Obviously, no matter how snooty you are, this has to be at least somewhat of an indicator, as no 3000 page character study or 3 page completely plotted piece would be called anything but a novel (or poor choices) and a short story, respectively. I don’t care how Italian or satirical a piece gets, if its too long, it is no longer a novella. Capice? Here are the sometimes arbitrary standards I found:

Second, that the difference in forms is something ultimately more fluid, more subtle. The main issues with this wonderfully snobbish definition is that no standardized definition seems to exist, for this categorization. Examples? Not even, really, as most clearly accepted novellas are things we have never read (unless you are defining them by length, which won’t work for us at this moment).

Let’s assume that all of these begin with the requirement that they are fictional writing forms. This is the best I could come up with: 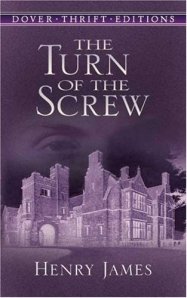 Of course, a big problem with the defining of the literary forms is that a majority of the defining is relative. For example, I found an abundance of definitions, like these: “Shorter than a novel,” “A brief novel or long short story,” “About a third in length of a novel.” A novella, especially, is often defined in terms of a novel and a short story, but all three are left quite ambiguous in concept.

There there is the more general idea that each longer form needs to justify itself in terms of length. I like that rule, but it still doesn’t tell me if a crappy novel is a crappy novel or a crappy novella. Plus it would be fluid to the point that it lacks distinction. Even so, writers should keep this in mind when choosing how to edit (and write) their literature.

In reality, writers have to turn to contest and publisher requirements for their definitions, which are almost always determined by length, and can vary. Which leaves us with the reader, who needs our categorization when a writer or publisher markets their book. It used to be that they could hold the book in their hands, observe the size, the weight, and even flip through and check out the font size, margins, spacing. But with the rise of the ebook and online book sales rocketing, I really appreciate the online dude who pointed out that part of our service as modern writers for print and online material should be to give an idea to our readers of the book’s length, since they often can’t hold it in their hands (even when purchasing physical books online). I also sympathize with him that the only real way to standardize this is to list the word count. Word count varies less than anything else, by far (including page count), and is more clear than the mud puddle that is our defining of the writers’ forms. However, it will take time and a fair amount of consistency for readers to pick up on the meaning of word counts.

Which leads us to it. What books are often called novellas, which we might be able to relate to?:

I have written a book. It is 48,300 words, which by the length requirements above is tightly a novel, loosely between a novel and novella, and by some definitions of length still a novella (up to 50,000 words). It has 40 characters, obviously some more developed than others, and a complicated, single plot. It is light fantasy. It has a conclusion, but not all loose ends are tied, and leaves off at a pivotal point in a larger legend. It has longer section divisions, as opposed to chapters. While the “plot moves forward by different actions, thoughts, results, situations that are evoked by different characters involved in it,” each development is quick and every setting description and character’s facial expression is integral to plot and character development. It could be read in one sitting, depending of course on the reader.

In terms of exploring the forms and discussing their definition, I think we’ve made some headway here. In terms of uncovering the real, hard and fast definitions, we have gotten almost nowhere. I have not even answered my original question, whether The Night of One Hundred Thieves is a novel or novella. I mean, what am I going to call it when I market it this summer? Which leads to my most pragmatic of explanations: the definitions given here, by length and by more ambiguous terms, are only helpful as guidelines (and hard fact only when dictated for a submission). Readers seem to have increasing interest in the shorter forms, but as of yet, most readers will think novell-what? Which means, decision of what to call a 48,000 word book is going to based largely on marketing strategy and I, for one, am going to start listing word count online.

As to whether it is a novella or novel? Both. Or neither. Or… oh, well.