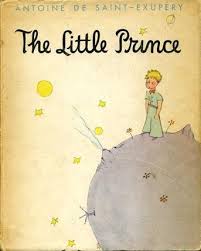 When I saw the charming movie preview for the newest The Little Prince adaptation, I knew it was time to add it to the summer reading list. I like to read a book, timing it with an exciting movie release. Plus, I had been meaning to read The Little Prince for years and years. It’s a classic, and besides, my college best friend’s cooler-than-cool older sister called it her favorite book. I figured it would rise up there with Over the Rhine.

There was no need to rush into it. Among a rash of great summer reading, this was perhaps the biggest disappointment (though the movie was not. See the review below.)

The Little Prince (Le Petit Prince in its native French) was published in 1943. The creation of a French aristocrat, writer, poet, and aviator Antoine de Saint-Exupery, it would become his most famous work in any field as the fourth most-translated book in the world and one of the world’s best-selling books of all time, seemingly always making an appearance on the Best Books lists. He did not live long enough to see any of that though, as he died within the year, at age 44.

True, the French tend to have different tastes from us Americans, but I like Amelie as much as the next Gen-X-er. This book… well… it just was not my taste.

Perhaps I had waited too long, had too much expectation. And with the cute illustrations I had seen emblazoned on tee-shirts my whole life, well. But the brief book (aka. novella), if it can be called anything, is preachy, and maybe too simple. I also had this feeling while reading it that there was a level I was not aware of, like a political one (or maybe just a second-level story. I kept thinking maybe the author was the man who crashed into a desert, but of depression, and met a “boy” who it turns out has a terminal illness, so symbolizes his own mortality? But when I looked up some analyses of it, it all seemed more straightforward than that.)

It had great quotes, and great moments, and the writing was really nice. BUT the overall plot got to me, and I don’t mean that in a good way. There was a plot, a story, although not told in the conventional way. The story made it both interesting and distractedly short and over-simplified. BUT it was also just really odd. Full of odd pairs and glaringly allegorical characters, I just could never stop snickering. The illustrations were endearing. BUT somehow I still wanted to re-draw every one of them.

In the end, and in complete opposition to the majority of the literary world, this book had too many “buts” for me to say that I enjoyed it or would ever read it again.

Oh, also, not for kids. It’s just not meant for them, despite the age of the main character or the age-appropriateness of the new movie.

I read The Little Prince, by Mariner Books and published in 2000. The original manuscript, in French, was published in 1943.

Charming. Interesting. Family-friendly. Worth seeing, if only once.