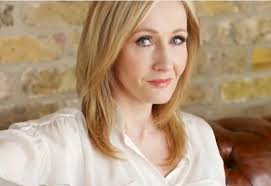 I am a Harry Potter fan. (To see my review of the series, see here.) I was as curious as anyone about what Rowling would do after such astounding success and fame, and was happy to hear that there was a book on the way. I was as dubious as anyone when she announced it was not YA, not fantasy, but a general or literary fiction novel. But I gave her a break because I had to: I have always wanted to be a genre-crosser myself. My first book was general/literary fiction. My second is fantasy and my third back to general/literary. Before long, I will be veering into YA and winding up somewhere in science fiction, memoir, and nonfiction. 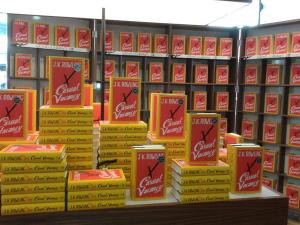 I wasn’t standing in line or anything (especially since the early reviews seemed reluctant, unimpressed), but I put the book–The Casual Vacancy (published by Little, Brown and Company in 2012)–on hold at the library and waited. Eventually, the never-ending list moved ’round to my name and I sent my husband to pick it up. And I read it. And like all the rest, I was tentative and mostly unimpressed. 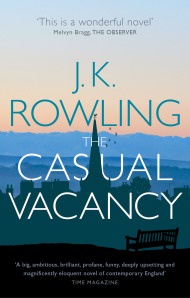 Now, plenty of people complained that it was not enough like Harry Potter or that it was too dark. On the first point, I mostly read literary fiction, so I didn’t need it to be like Harry. On the second, I also read a fair amount of dark–or at least emotionally complicated–fiction, but I admit to enjoying likeable characters. I was pretty into one or two of Rowling’s characters in Vacancy, but all the rest left me feeling either unattached or disgusted (but not intrigued). The hook was not very interesting to me, either (small town, sudden council vacancy, warts come out). Some sub-plots were better than others. However, I really can’t do better than the Booklist review by Ilene Cooper:

“J. K. Rowling has said that she considered writing The Casual Vacancy under a pseudonym. Had she done so, Rowling probably would have learned what it’s like to be a midlist author—unpublicized, unnoticed, and unhappy. Like many midlist titles, this one is perfectly fine, but in no way outstanding …. As everyone knows, Rowling is very good at creating worlds, and here she effectively shows the stifling (for some) and satisfying (for others) constraints of village life. Somewhat less successful are her characters, who wouldn’t seem out of place in a British soap opera: not surprisingly, it’s her several teen characters, the tortured and the torturers, who jump most from the page. As for her prose, well, that was never Rowling’s strong suit, and it lumbers more than it soars. To give credit where it’s due, one of the world’s richest women wrote her book and is willing to take the critical lumps when she didn’t have to do anything more than stay home and count her money. She must like to write.”

My only quotable from the book: “He never seemed to grasp the immense mutability of human nature, nor to appreciate that behind every nondescript face lay a wild and unique hinterland like his own” (p99).

So why did I then go out and put her next book–The Cuckoo’s Calling by Robert Galbraith and published by Mulholland Books in 2013–on hold? Was it the pseudonym that lasted like a day? Did I want a rounder review? Was I just that ripe to read PI fiction? I have no idea.

At any rate, take this next part with a giant grain of salt because the truth is, I don’t read private eye fiction except for Sherlock Holmes. But I found this murder mystery to be completely mediocre. I liked one of the characters, wanted to like another, and everyone else fell flat. I agree with many other reviewers (but not even close to all) when I say that there were no real clues until the big reveal, and then you are still wondering how the whole investigation got started in the first place. Lots and lots of story cliches and character cliches. And there was a whole buncha obvious going around, while anything not obvious was left unexplained and unsatisfying. Plus what’s with the distracting and dead-end sex scene near the end? Lots of dead ends, really.

Oddly, the critics appear to like this one better and are anxiously awaiting the next Cormoran Strike novel, due out later this year.

“…to become endowed, in fact, with that unpredictable, dangerous, and transformative quality: fame. To have had it so often in the back of his car and not yet have caught it from his passengers must (thought Strike) have been tantalizing and, perhaps, infuriating” (p102).

Moral of the story: I’ll stick with re-reads of the Potter series and let the rest of Rowling’s writing go on without me. Sincerely hope others enjoy.

Photos copyright respective publishers (for books and movies), myself, and other internet sources. For copyright information on a particular photo, please contact me.

With my son, I'm reading The Indian in the Cupboard by Lynne Reid Banks.

Currently reviewing so many books that I can't list them all. The next one is THe Dragon Breath series by Ursula Vernon.