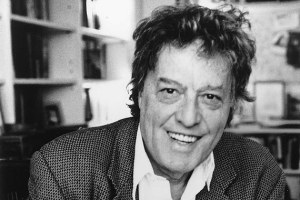 Plays 5 (or Plays FIve), a compilation of five of Tom Stoppard plays, published by faber and faber in 1999. Also, Lord Malquist and Mr. Moon, by Tom Stoppard, from Grove Press, published first in 1966 and with an introduction in 2005.

Stoppard is not your typical playwright, in career. He has exactly the type or career that I would love to have, in that he is never satisfied just sticking to one thing. His production includes not only many plays (and many celebrated plays, beginning with radio plays and expanding to the stage), but also screen plays (some original and some adaptations), movie direction, translation, and even acting, libretto, and a novel. It would take me an entire “semester,” as it were, to cover Stoppard in his entirety, hitting on all his best plays and watching his movies. Here are some of the most famous (far from comprehensive):

Stoppard is a Czech-born British playwright. His career and works have been applauded and revered since the 60s, and he continues to be an artistic force. He was knighted in 1997. Under his belt, he has an Academy Award and four Tonys, as well as many other awards. He outperforms almost every other living dramatist, and in the words of Wikipedia, Stoppard’s “themes [include] human rights, censorship and political freedom… along with exploration of linguistics and philosophy.” He is also recognized as a comic and satirical master. 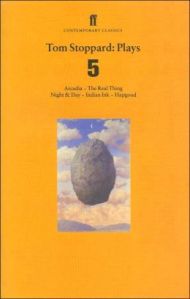 When deciding on a book of plays to read for Stoppard, I was confronted with many, but none with all his plays, and not one with his best or most famous. In other words, you just have to pick a random or chronological grouping of up to five of his plays and begin there. I really think a Complete Works or Best Of is much needed. So, somehow I ended up choosing from the definitive series of books (titled  Plays 1, Plays 2, Plays 3, Plays 4, and Plays 5), the compilation Plays 5. I would have liked to also read “Travesties” and “Jumpers,” but my pocketbook could not afford two more books, nor could my reading schedule absorb it. 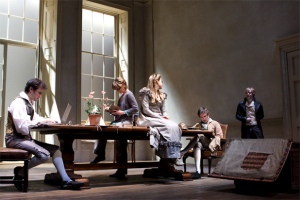 Stoppard’s most lauded play from Plays 5 is “Arcadia,” and I have to whole-heartedly agree with that standing. It is debatable which is better: “Arcadia” or “Rosencrantz & Guildenstern Are Dead.” (I emphatically vote the latter.) One of the best things about Stoppard as a playwright is his inventiveness. In “Arcadia,” the action takes place in the same house, 180 years apart, so Stoppard chooses not to change sets between scenes and props become part of the unfolding story on two levels. It is quite cool. Other than that, the play is enjoyable because of the many thoughts and one-liners. The play is ultimately about order and disorder and true knowledge versus conviction, and feature two generations of academics, artist, and scientists.

The rest of the plays in Plays 5 range from almost great to pretty darn good. All of them include that Stoppard inventiveness, quick wit, and complicated meta-narrative (which went over my head more often than not, I am afraid). “The Real Thing” unfolds at first very straight-forwardly, then the reader (viewer) becomes confused, only to be pleasantly surprised by the revelation of a play-within-a-play. From then on, the reader doesn’t know what to expect, and the plot twists and turns back on itself several times, making difficult scenes poignant. The theme is fidelity and infidelity, especially when coupled with fame. “Night and Day” is my least favorite in the book, partly because of its themes of colonialism and journalism, but also because Stoppard’s device of having a second “Ruth” character speak for her thoughts was–in my opinion–a complete flop. It was too random and convoluted, let alone confusing, to work well. Perhaps in the hands of a capable director…  “Indian Ink” covers yet another favorite British topic, India and its relationship with England. Also included: artists. (See a theme? I’m not sure Stoppard ever writes about anything but the artists, rich, famous, or aristocratic.) Stoppard also used a device similar to that in “Arcadia,” where scenes move back and forth between the last months of the main character’s life and her sister’s telling of the story to a biographer, although these scenes do not take place in the same setting and props do change, at least sort of. The characters are interesting, but it lacks a compelling plot line. “Hapgood,” I hate to say, is just too confusing. I think it is about twins, but there is something there below the surface that we are supposed to get. Actually, it reminded me a lot of “Fringe,” which is a J. J. Abrams TV show about alternate universes and double agents, so yeah, they have similarities. If I had ever understood what was going on or which character was whom, I believe the twists and turns would have been fun. 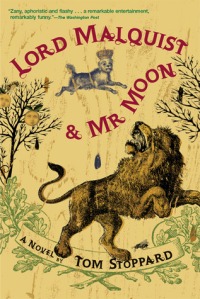 From the plays, I went on to read Stoppard’s only novel, Lord Malquist and Mr. Moon. As to whether or not I liked it, I am going to have to answer two times. One: no. It was just too crass and filled with sex and sexual innuendo and it also pokes fun at my religion. Two: yes. It is exactly the kind of fantastical story that I look for and enjoy, complete with twists and turns and fast-paced plot and interesting characters and a giant mess of strings that come banging together at the end to create a satisfying explosion. I am saddened by the fact that this novel has never received much attention or sales or awards. As I often feel with Stoppard, I am likely missing a whole lot of satire wound up in his story, but what I do catch I find great fun. An awesome book, if you don’t mind crassness or religious satire, and especially if you are British. Just check out the other two reviews that exist on Amazon. They are so few but they are glowing. On the other hand, a quick look at GoodReads leads you to a hundred-person mash between disappointed fans and people–like me–who love it and wish he would write more novels. 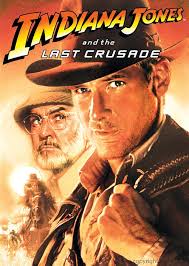 Indiana Jones and the Last Crusade (1989). Stoppard wrote the final draft of this screenplay, which just means that taste is… um… magnetic. In other words, I have liked Stoppard for much longer than I have realized. The Last Crusade is one of my most favorite movies of all time. I can’t imagine there are many of you who have not seen it. It is not high-minded or anything, but it is a truly classic adventure movie, the best of the trilogy. Be prepared for some gore. 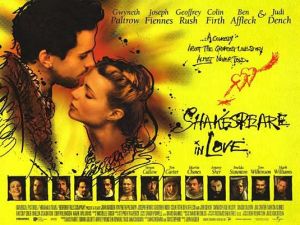 hakespeare In Love  (1998). This movie has a lot of fans, and had a lot of buzz when it came to Oscar time in 1999. (It took some home.) As a teenage Shakespeare fan at the time, I recall being quite disappointed. According to IMDB, though, people who liked this movie also like Love Actually, About a Boy, and Sliding Doors, three of my other favorite movies. (They are all on my shelf, as you read.) Perhaps I should give this another view? 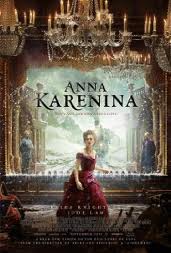 Anna Karenina (2012). I already reviewed this in a month recap, so here is the old review: “This one was the opposite of Les Miserables in that it impressed me when I did not expect to be impressed. I was honestly expecting it to be sort of sordid, but it wasn’t as bad as it looked on the previews. So then why was I watching? In the mood for something sordid? I consider Anna Karenina, the book, to be like a Russian cousin to the Jane Austen-esque novels, and while I have enjoyed those over the years (and many of their movies), I have never been able to get through Anna (the novel). I seem to get bored reading Russian lit. So I wanted to like it and to get a feel for the Karenina story. What I was happy to discover–contrary to where I thought the novel was headed when I have tried to read it–was that the movie did not simper around Anna’s liberation as a sexual being and a woman. Sure, she’s passionate and strong-willed and part of a restrictive society, but she is also selfish and stands in stark contrast to the calmer, more sacrificial love of Levin and Kitty. We aren’t convinced, in the end, that she is the best mom (understatement) and we also agree with Anna that her husband, the forgiver and loyalist, is the better person. Also… the movie is done so that you are acutely aware of the movie as creation; plenty of times the acting takes place in a theater set, characters passing between acts. I’m not really sure why the director took this direction [I do now; Tom Stoppard wrote it], but it was beautiful and reminded me a lot of Baz Luhrman.”

Stay tuned for reviews of Parade’s End by Ford Maddox Ford along with Stoppard’s TV adaptation, and also Samuel Beckett’s “Waiting for Godot,” which is supposed to be related in style and theme to Stoppard’s works.