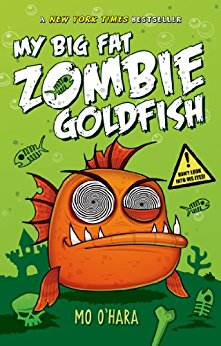 Yes, this book is part of a series, but since I only read the first one, I can speak only to that book. As of 2017, there are six books in the series:

Why didn’t I read the rest of the series? Well, this kind of writing doesn’t cross over to adult reading  very well (unlike, say, Where the Red Fern Grows or even Winnie the Pooh or Frog and Toad) and my son was not interested enough to continue. He thought the book was decent, but he wasn’t hooked the way he was with Magic Treehouse or Jack Stalwart. This is saying nothing of the literary merits of any of these books, because, quite frankly, I thought Zombie Goldfish was better and more interesting than either of those other options.

This isn’t a future classic. It kind of feels like a dime-a-dozen thing. But it also seems very appealing for children who are in the beginning reader stage before they get to heftier or more literary books. The idea is cute. The characters are cute. The whole thing is just pretty cute. 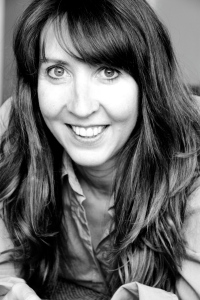 On the flip side, the writing is not always very fluid, and somewhat basic. Yes, I get that it is meant for younger kids (with its giant font size and limit of like ten words per line between giant margins), but I also like reading to stretch the child a bit. The illustrations are neat, but they look rather computer-generated and sometimes have very little to do with the text. Overall, the book seems to be standing halfway between a standard novel and a half-comic (a la Wimpy Kid), and I would have liked to see one or the other.

Overall, the story is an easy-to-read romp where things happen very quickly and kids can probably relate to the setting and circumstances. As an adult, the pacing requires simplicity which can often make the whole thing seem wonder-breakingly unbelievable. I suppose the pacing is for the benefit of the little kids and their reading level, but there you are. Still, unlike some of the other books in this genre, O’Hara manages to work in plot twists and engaging characters, with a dash of humor and proper grammar.

If your beginning reader picks this up to read for themselves, there’s no major reason to object.

We read My Big Fat Zombie Goldfish¸written by Mo O’ Hara and published by Scholastic Inc. in 2013. It was illustrated by Marek Jaguki.