There is no avoiding disclosing  that I already love these books. I read them at least once a year, and have for several years. When I got to this year’s hankering for reading through the series, I went ahead and moved them up on the Read 1000 list. Anne of Green Gables is securely on that list (and not by my own recommendation), so we’re all good there. I just expanded out to the whole series and made some new observations as I went along.

Now, these books are highly revered by many, many people, In fact, Prince Edward Island–where the author spent some of her life and where Anne takes place–is a tourist haven for Anne fans, and they come  in droves to charter planes and experience the Anne museum, the Anne tours, the Anne gift shops, and savor a bit of the beautiful, idyllic scenery that breathes through the Anne books. I wanted to take my honeymoon there, but we were unable to afford it, especially compared with the free stay in an Everglades condo that came offered as a wedding gift. But I still plan on going, sometime. My husband is well aware of this. It’s like Harry Potter for romantics. You can easily score Anne of Green Gables embroidered pillows, lithographs, costumes, or even soda. Not to mention the musical.

L. M. Montgomery (Lucy Maud) lived in the late 1800s and early 1900s around the east end of Canada. She wrote prolifically as a novelist and also for periodicals (back when they carried fiction on a regular basis). Many of her short stories are collected in books and her twenty novels are still in publication (including three other shorter series, for Emily, Pat, and The Story Girl). Her writing was popular in its time, beginning with publications of short stories upwards of twenty per year, but nothing could or would surpass the love and respect for  her very first novel, Anne of Green Gables.

Anne is a bit feminine for most men, or even boys, to read. It is also a little flowery and descriptive for the modern reader, and perhaps even a little short for its genre (by modern standards). But what makes it so popular? I can think of no better reason than to say that Anne is a book of complete escapism, and where it takes the reader is not only (or was not only) a real place, but also one that is wholesome and hopeful. It hearkens back to simpler times, to a society with clear morals and small interactions, of looking to the future with optimism and adventure and living in the present with hard work and a noble outlook. Who wouldn’t want to go there, every once in awhile? As I always say, I not only enjoy the books, but when I am done reading them, I know what kind of person I want to grow up to be.

The story is pretty straight-forward. Anne is an orphan who has been handled roughly (details dealt with tactfully) over her first ten years, and is accidentally adopted by a brother and sister in the backwoods, small town of Avonlea, Prince Edward Island, Canada. Anne is overly imaginative and accident-prone, but also just a good soul and full of positivity. Her pride pits her against her faith, and that is the struggle that we see unfolding in her relationships, including her relationship with classmate Gilbert Blythe. She grows up, faces various hardships and “bend(s) in the road,” and becomes a woman with a family of her own (in the later books).

Also, note that the book is considered children’s literature. My aunt gave me this book for my eleventh birthday, but I found it too slow and descriptive, at the time. I read it through for the first time when I was fifteen. I have loved it ever since then, and can fully appreciate it as an adult. If you can get your younger reader through the first couple chapters, they, too, might fall in love with Anne’s scrapes and antics, her imagination and spirit. She is, after all, eleven years old.

At fifteen, I quickly acquired the rest of the Anne series, read it all, and then bought every Montgomery book that they had in the bookstores. (Remember those days before internet stores?) I am never disappointed with Montgomery, although some of her books are better than others. As for the Anne series, I think the first and the last books (Anne of Green Gables and RIlla of Ingleside) are the best, with the fourth, Anne of Windy Poplars, being my least favorite (I think because of the epistolary form). Of course, we NEED all those books because we want so desperately to see how Anne and Gilbert–one of the classic loves of all literature–turn out. Next up, I would recommend the three book Emily trilogy.

I don’t have much else to say about Anne of Green Gables or the series (like anything overly-literary). I would highly recommend it to young girls up to full-grown women, or for family story time. Once you get through Rachel Lynde’s sitting and watching, things pick up and Montgomery’s anecdotes are sometimes funny, sometimes exasperating, sometimes heart-wrenching, but they always come with a little of Marilla’s characteristic dose of moral and Anne’s heavy-handed does of humanity.

(One disclaimer: according to the times, there are some non-PC moments in these books. If I remember correctly, they are almost all directed toward French immigrants.)

(I’ve also heard there are some great TV productions and movies of the Anne series or based on Montgomery’s writing about Avonlea. I can not, however, do you the service of screening them for you. I am rather stubborn on this point. Anne is so solidified in my own mind that it would disturb me greatly to see an actress in the role (and the other characters, as well). I don’t need the movies, I have the books. But you may want to give them a try. I have seen some of the animated series on PBS. It doesn’t mess with my sense of peace. It is acceptable, but nothing too notable. The 1980s movies Anne of Green Gables and Anne of Avonlea are, I believe, the most beloved.)

[UPDATE: I have watched and reviewed the major adaptations for you, at this point. See HERE for the 1980s series, HERE for the edgy Netflix miniseries, and HERE for the calmer 2020 movie. I have also read a graphic novel.]

I’ll limit my quotes to the first three books (which, by the way, were not the first three written or published. The series was written and published quite out of order and was, I believe, determined partly by fan request).

“‘And as for the risk, there’s risks in pretty much everything a body does in the world. There’s risks in people’s having children of their own, if it comes to that–they don’t always turn out well'” (p15).

“If you must borrow trouble, for pity’s sake borrow it handier home'” (p153).

“All things great are wound up with all things little” (p176).

“‘The trouble with you, Anne, is that you’re thinking too much about yourself. You should just think of Mrs. Allan and what would be nicest and most agreeable to her'” (p226).

“…A little ‘appreciation’ sometimes does quite as much good as all the conscientious ‘bringing up’ in the world” (p243). 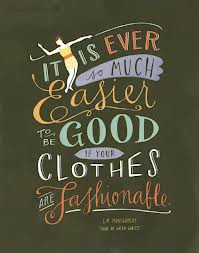 “It takes all sorts of people to make a world, as I’ve often heard, but I think there are some who could be spared'” (p125).

“And I think the violets are little snips of the sky that fell down when the angels cut holes for the stars to shine through. And the buttercups are made out of old sunshine; and I think the sweet peas will be butterflies when they go to heaven'” (p166).

“‘I’d like Kerrenhappuch if it happened to be your name. I think people make their names nice or ugly just by what they are themselves'” (p191).

“At seventeen dreams do satisfy you because you think the realities are awaiting you further on'” (p199).

“…every really beautiful thought was religious, no matter what it was about, or what day it was thought on'” (p240).

“‘In this world you’ve just got to hope for the best and prepare for the worst and take whatever God sends'” (p268).

Anne of the Island

“It is never nice to have our old shrines desecrated, even when we have outgrown them'” (p2).

“‘I fancy it’s the unexpected things that give spice to life'” (p4).

“‘As Phil said, it was the difference between being born and being made'” (p48).

“New shoes are smarter than old ones, but the old ones are more comfortable'” (p123).

“She felt very old and mature and wise–which showed how young she was” (p182).